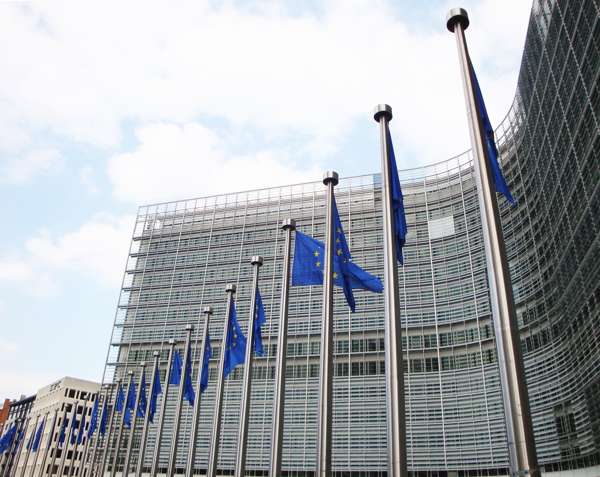 The European Union has its main base of operation in Brussels and many countries have their embassies based here to take advantage of proximity to the European Union institutions. However The European Parliament sometimes sits in Strasbourg and some institutions can also be found in Luxembourg. Diplomats travel between these places to attend meetings of various types.

The build up of European activity has resulted in development of the European Quarter on the east side of the city, located in the area between metro Arts-Loi, metro Trone, Place Jourdan and metro Schuman. In this rectangle you will find street after street of glass covered buildings, which serve different branches of the European Union administration.

The European Union was the result of a successful industrial alliance between six founding countries in Europe in 1951 that has now grown to become a mammoth economic and political force creating policies that affect almost 500 million people each year. The work of the European Union is carried out by different European institutions based in Brussels, Luxembourg and Strasbourg, France. Each European institution plays a unique role to generate a democratic process for law and policy development for member countries.

The European Parliament acts as the law and policy checker, it is able to amend, delay and reject laws and policies put forward by the European Commission. It also makes recommendations for new European Union laws but cannot put forward new proposals. The European Parliament consists of elected representatives from member states. Elections are held every five years and all EU citizens are eligible to vote from 18 years of age. Tours are available.

Officially called the ‘Council of the European Union’ (sometimes mistaken for the European Council) is a meeting of specific ministers of member countries to discuss specific laws and policies relevant to them. For example, a piece of legislation for agriculture will generate a meeting of Ministers of Agriculture from each member country. The chair of these meetings is the President of the Council – currently a 6-month rotation between heads of state. Information talks are available.

The European Council is a summit of heads of state of member countries. Held four times a year in Brussels and attended by two representatives from each country, the meetings receive a lot of publicity from press. They are chaired by the presiding President of the Council at the time and outcomes of this meeting steers the direction for future laws and policy drafts.

On last count there are about 210 foreign embassies and consulates in Brussels – some countries have a consulate and an embassy office in Brussels. These embassies and consulates, ranging from A to Z (Afghanistan – Zimbabwe), represent their countries within Belgium. Embassies are spread all over Brussels city but the highest concentration is along Avenue Louise (the high class shopping area) and downtown by the Royal Park.

NATO is a military alliance of European and North American countries, established after the signing of the treaty in 1949. The purpose of the alliance is the enhancement of security of and military cooperation in the North Atlantic region and the regions surrounding member states and partner states. NATO’s headquarters in Brussels is the political headquarters of the organization and the seat of the North Atlantic Council, NATO’s political decision-making body. It is home to national delegations from the member countries and among others, to liaison offices or diplomatic missions of partner countries. They are supported by NATO’s International Staff and International Military Staff, which are also located within the headquarters. Location in Brussels: Boulevard Leopold III.
www.nato.int