Translated into English as literally the 'Palace of Justice' it is a seat of Belgium's supreme court of law. The design and building of this goliath court house was not without controversy.

The project was commissioned by Leopold II, one of the first Kings of Belgium for a cost about $300 million in today's terms. The building was designed by architect Joseph Poelaert, who died 4 years before its completion in 1883. It took 20 years to complete. 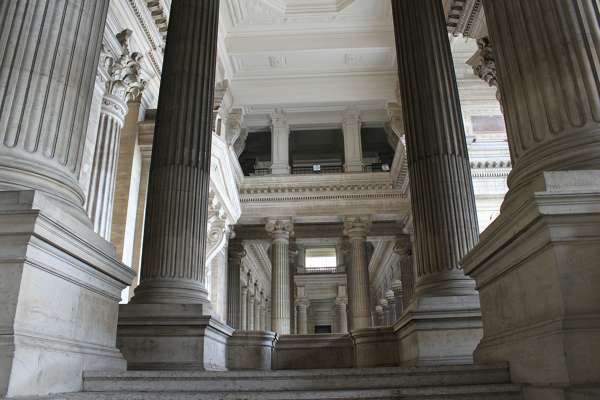 The Palais de Justice measures 20,000 square metres which is about 3 times the size of the Royal Palace and its style is described as Assyro-Babylonian, a mixture of different styles. From the outside the Palais de Justice is an immense grey building with columns and a large golden dome. A glass elevator at the end of a bridge takes you down into the Marolles, where the peasant and working classes used to roam beneath the towering symbol of justice.

The main controversy of the Palais de Justice was the fact that 3,000 homes in the Marolles-Sablon area had to be demolished to make way for it. The people of the area were so furious. In return they defiled the building on the day it was open to the public and the word ‘architect’ has become a derogatory term; ‘schieven architek’ (twisted architect). 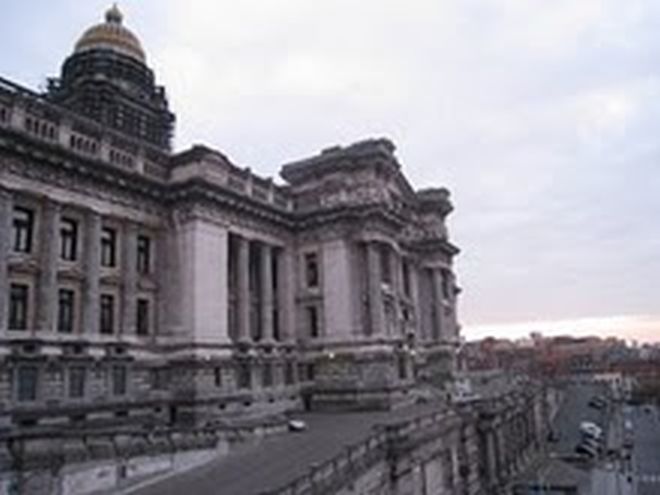 It is situated in the uptown area of Saint Gilles, down the road from Avenue Louise in an area formally known as ‘gallows hill’. This location gives it a great panoramic view of the city below. Almost like a watch tower or a guardian.

How to get to Palais de Justice

You can find your way to the Palais de Justice by taking a walk up from the Marolles, taking the metro to Louise or a tram from the city centre to Place Louise. The tram 92 is quite handy because it comes up from the Royal Palais and Brussels Park.