Flights from London to Brussels 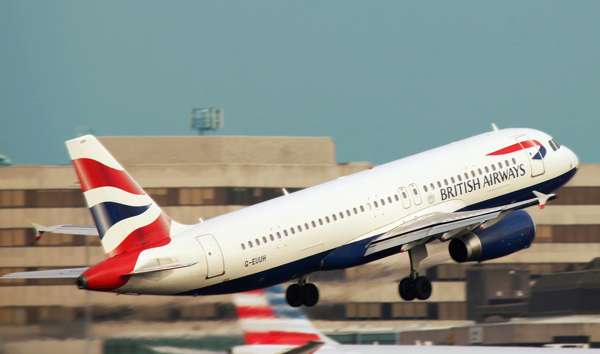 London is an important hub for international airlines as indicated by its number of major airports (Heathrow, Gatwick, London City, Luton and Stansted). It is crucial to check which airport your flight departs from because travelling between them (e.g. Gatwick to Heathrow) could take an hour or more.

Brussels Airlines
Flights depart from London Gatwick airport or London Heathrow airport (via codeshare with British Airways). There are multiple daily flights Monday to Sunday with an extra flight on Sundays but only one flight on Saturday. It is reserved seating and all flights can be booked online.
brusselsairlines.be

BMI (British Midland Airways)
Flights depart from London Heathrow airport on a daily basis to Brussels. BMI is a company that has partnered with international airlines such as Air Canada, Air New Zealand, Gulf Air and Lufthansa to provide codeshare flights to Brussels. Refreshments are purchased separately on Economy flights from Heathrow to Brussels but there is a 20kg allowance for economy class and advance seat selection available at check-in.
www.flybmi.com

VLM
Flights depart from London City airport. It is an executive-style airline that offers weekday flights twice a day, suitable for the business traveller. All meal and beverages are complimentary and offers the fastest mode of transport into the heart of London via the Docklands Light Railway link. Previously a Belgian airline, it is now a subsidiary of Air France.
www.flyvlm.com

Blue Air
Blue Air is a low cost airline from Romania that departs from London Stansted airport three times a week to fly through Brussels on its way to Bucharest. Like other low cost airlines, check-in baggage is charged extra. Airfares are as low as 1€ excluding surcharges.
www.blueair-web.com

Flybe
This is a budget airline that operates flights between many UK cities and Paris. There are no direct flights to Brussels but if you are coming from smaller cities in the UK to London Gatwick and London Luton, Eurostar trains or other flights from London to Brussels are options.
www.flybe.com

Ryanair
Ryanair operates flights between 26 European cities. They have flights landing in London Gatwick, London Luton and London Stansted airports. From there you can reach Brussels via train or another flight from London Gatwick or Heathrow with other airlines.
www.ryanair.com