Brussels sprouts are a vegetable native to ancient Belgium near the city of Brussels. 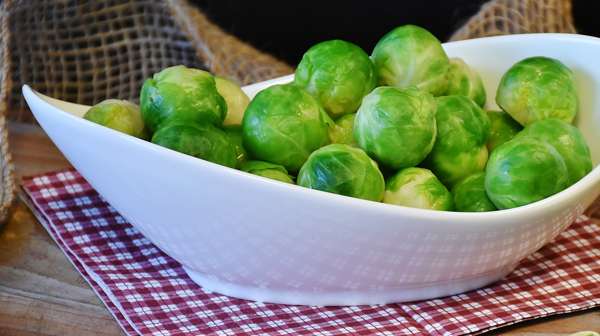 Brussels sprouts tend to have a bad reputation with children. This is mostly because overcooking Brussels sprouts can leave a sulphuric smell and foul taste, but if cooked properly for about 7-8 minutes, they are a healthy, tasty additional to meals.


How do Brussels sprouts grow

These greens belong to the same Brassica family of vegetables as broccoli, cauliflower and cabbage. They look like mini cabbages that measure about 2.5-4 centimetres in diameter. The buds grow on plants that measure about 60-120cm in height rather than on the ground like broccoli and cabbages. Each stalk has about 15-20 sprouts on it. Brussels sprouts grow best in cool temperatures between autumn to spring.

Factors that contribute to its status include its affordability and availability in Europe and North America. Brussels sprouts are most popular in the Netherlands, Germany, United Kingdom and the United States where tens of thousands of tons are harvested each year. Frozen Brussels sprouts are easy to find in supermarkets in Belgium.