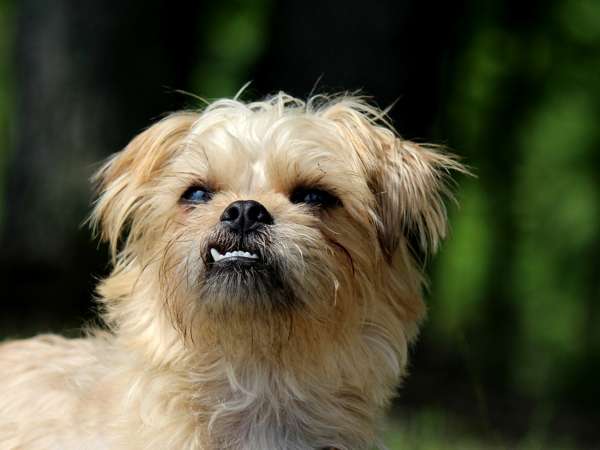 This breed of dog is small, sturdy and popular as a show dog. Brussels Griffons have a typically flat face with prominent large round eyes, a short snout and a small mouth. It's face is said to have human-like qualities and expressions.

Brussels city dwellers love small dogs, which can fit easily into an apartment lifestyle, easily taken onto public transport and narrow footpaths. The Brussels Griffon fits this exact description and was popular amongst both workers and nobleman of Belgium in the 1800s. The breed gained international fame after Queen Marie Henriette began breeding and promoting the breed. It was exported to other countries and inspired dog clubs in England and the United States.

World War I and World War II were difficult periods for the survival of the breed and gradually their numbers have dwindled. It is now quite rare to find a Brussels Griffon although they have made appearances on major motion pictures and television shows such as “As Good as it Gets” and “Spin City”.